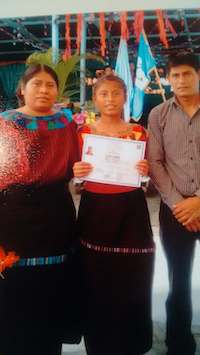 Imagine living in a remote community where you have little education and a constant threat of hunger, and you hear that a deadly virus is now surrounding your village. The residents of Santa Cruz, La Laguna, Guatemala face that condition today and need your help.

Grace Gardner, FTPHL’s long time partner, is a part-time resident of Santa Cruz and a street vendor in Philadelphia. Over four decades, she has been a friend and benefactor to the indigenous people in Santa Cruz. In addition to providing employment to a few villagers all through the year, she has been supporting the community in two ways: one, by purchasing traditional craft work from women and men, and two, by providing financial support for children in the village.

Though the sale of traditional crafts helps, it is not sufficient to keep the villagers from chronic hunger. Every time Grace goes to the village, by looking at people’s cheeks, she knows how hard the time had been for them. She also knows that in order for people to get out of such poverty, education of the children in the community is the key. 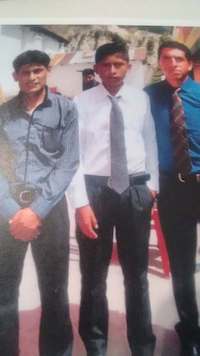 Today, FTPHL in partnership with Grace’s Guatemala Goodies is asking your support to assist three children, Rosa 16, Dale 13 and Graciela 11with their education. For a middle schooler (Dale and Graciela), the monthly expense is roughly $80-$100, and for a high schooler (Rosa), it is $200 due to boat and bus fares to school, since there is no high school in their village. Altogether for a school year of 10 months, roughly $4,000 is needed for these children. This amount does not include educational equipment such as a computer, which is becoming a necessity in higher education. Grace’s friends have joined to support funding, and our goal is to supplement the fund.

Just to show what impact this education fund that Grace started 10 years ago has had for the village children, we want to introduce three other young people.

Andreas is now practicing social justice law. Knowing both Kaqchikel, their indigenous language, and Spanish earns him the trust of his community of people in and surrounding the village.

Another, Maria, earned her nursing license two years ago and opened the first pharmacy in the village, where she can see patients back of her storefront. You can imagine how valuable this resource is for people in the village at this time, where there is no hospital. 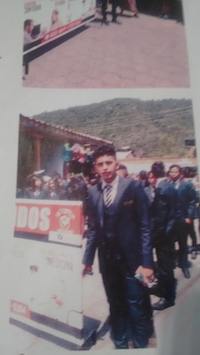 A third, Zacharia, who finished his 12th year of education, is a confident and articulate young man who can help in a different way. Currently, Guatemala is under lock down and villagers are not allowed to travel outside their village. Most people cannot work. There has been no postal service in Guatemala for five years and there is no bank or fire department in the village. Hardly anyone has a computer or a way to learn and understand the information that is provided by the government. Because of his education Zacharia, though very young, can interpret this information for the people in his village and ease their fear and confusion over the chaos that was brought about by Covid-19.

In the village of St. Cruz, education is not only helpful to the child who receives it and her/his immediate family. It is a great asset to the entire community.

The impact of your contribution to the Guatemalan Children’s Education Fund would be far reaching. The FTPHL community has created a charity campaign that focuses on helping these children by providing each donator a fair trade mask in exchange for a small amount of money.